From the minute we are old enough to think for ourselves, we are made aware of the concept of “stranger danger”: to never be too friendly and to always keep our distance, because you never really know what that stranger’s intentions are. Girls are taught how to stay safe; boys are taught how to be boys. Then we all grow up to be strangers and realise the world is far more dangerous than we could’ve imagined.

I don’t need to go into too much detail, but I was raped four years ago. It took me two years to be able to think about it without bursting into tears, three years to be able to tell anyone and roughly four before I could bring myself to speak to the man who did it. It damn near ruined me.

I can’t help but then think about if that man four years ago, who pinned me down and did what he did, had murdered me afterwards, what people would say about me in the wake of my death? They’d probably say I was far too young and a better writer than I am, and they might even be bold enough to call me sweet. I will never know and I am beyond lucky that I won’t.

What people wouldn’t say is that I needed to be more aware of my personal security and aware of my surroundings.

When I was raped, nobody asked me what I was wearing or if I’d been drinking or if I was aware of my situation. None of that mattered, because the simple fact was that someone stronger than me had taken advantage of me. Nobody asked me any of these things, because I’m not a woman.

The conversations I’ve seen on social media recently surrounding rape have boiled my blood, because the contrast is quite blatant: women are scared for their lives, and men are insisting it isn’t all men who rape. The silence from men is deafening.

No, not all men are rapists. But every man should be concerning himself with the issue that is rape culture.

When we’re boys, we’re taught to keep our feelings to ourselves and to be tough and masculine, and somewhere along the way, sexism becomes ingrained in our way of thinking. Sexism – from misogyny to more benevolent concepts such as chivalry – plays a huge role in the perpetuation of rape culture, which normalises sexual violence and blames victims for their own abuse.

I had a friend from school once make a “joke” that a girl was so attractive he might like to rape her. This person is no longer my friend, and I made sure he knew that his perpetuation of that culture was damaging and toxic.

If you are threatened by the movement against sexual assault and feel the need to preach that it is not all men, ask yourself why. If you aren’t a rapist and you are not supporting a culture that normalises it, you have no reason to be threatened by it and every reason to get behind it.

Rape and sexual assault are a violation of basic human rights that everyone has a role in fighting against. I think back to “stranger danger”, and I’ve never heard someone say, “Yeah, but not all strangers,” and that is because everyone understands the threat. When women are being raped and murdered in the streets by men, then it is absolutely all men who are responsible for combating a culture that says boys will be boys and sexual assault is normal.

If this article has raised any issues for you, or you or somebody you know needs to talk to anyone, 1800 RESPECT provides free sexual assault, family or domestic violence counseling over the phone or their website. 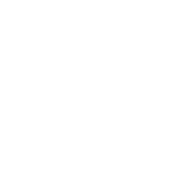